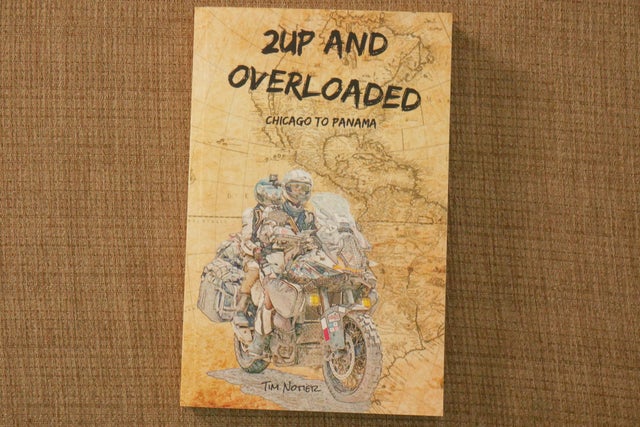 2Up and Overloaded - Signed Paperback

Signed by both Tim and Marisa Notier!

Maiden Voyage: The Prequel to The Adventure of a Lifetime introduced the characters, 2Up and Overloaded sets them free into the world. Join Tim and his fiancée Marisa as they take a leap of faith and quit their jobs to circumnavigate the globe on their KTM 1190 Adventure motorcycle.

You'll feel the wind in your hair as they make their way across the United States, and head south through Mexico and Central America. You’ll be holding your breath as you ride along with them behind smog-extruding trucks in Tijuana, shouting at intrusive bears in the backcountry of Colorado, and pondering how to repair a bike that lies exhausted on the side of a deserted road.

2Up and Overloaded is an inspiring, witty, sometimes-harrowing, and always gripping story, in which two people prepare extensively to explore the world on their motorcycle, only to discover that their most powerful resource can’t be packed in a bag.

Buy Now
Back to Signed Books for Sale